This is Week 52 and THE END of my Surviving Year Two Grief Project. Details about all my Grief Projects, as well as Grief Resources can be found here.

I made it. I'm here. This is the end of my project. My husband's Two-Year Death Anniversary is tomorrow. It is difficult to put into words how I feel. I have to say that the widows I spoke to were right — Year Two of surviving sudden death is by far the hardest. There seems to be a mixed experience of Year Three — for some it's harder, and for some, it starts to get a big easier. I found a lot of hope and solace in reading Christina Rasmussen's piece she wrote in May, called The Long Game After Loss. Here's what she says about Year Three:


In year three you will start to breathe again, not as often as you would like but enough to know it is possible to have something good in your life again.
Until year three you can’t give up on hope.

I do feel a shift around this anniversary, as compared to last year's. On his One-Year Death Anniversary, I couldn't bear to be alone. I had friends come over and we had a big bonfire in his honor.

This year, I don't want to be around a bunch of people. I have some plans with friends during the day, but in the evening, I want to be alone in our home. I plan to light candles on his altar and sit with my love and grief for him. He is one year further away from me and I feel that loss very deeply. I also feel a new spirit connection to him that I wasn't ready to feel before. I look forward to seeing him in my dreams now, even if it makes me sob on awakening. I want to keep this connection to him while also being able to really explore and expand my new life on my own.

Which begs the question — what comes next? How do I live in and through Year Three? As I have said before, I think Year Three will be about discovering who I am, now that I am alone again. I have some ideas about what I want to share here in Year Three, but none of them have felt quite solid yet, so things may be quiet here for awhile. I know that I do love these projects — they have helped me process and feel my grief in such a powerful way — so, I don't want to stop. But, I do need some time to process this anniversary and feel into what comes next. I keep being pushed to do video updates, which feels super scary and difficult to manage. We shall see how it all unfolds. You can always stay connected to me on my Instagram feed (where some new videos may be appearing soon). 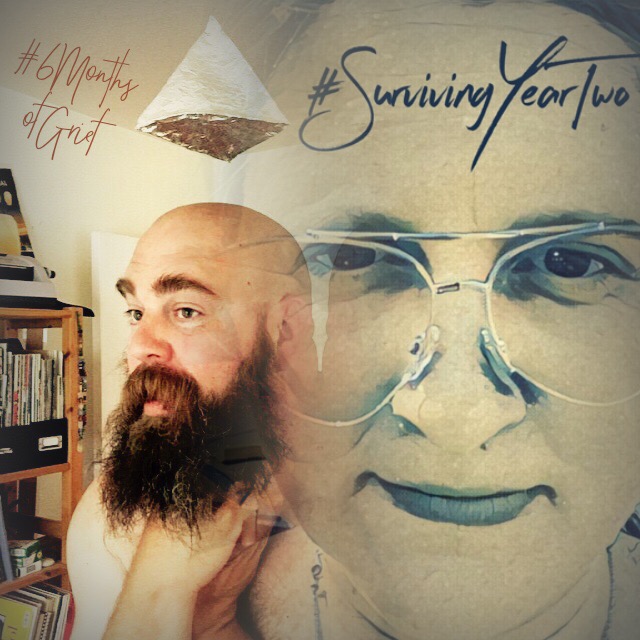